When Chase Rashid finished high school, he wasn’t quite sure what he wanted to do. Instead of heading straight to college, he dabbled in a few careers. Factory work, machine operation and loss prevention didn’t stick as a long-term career interest.

After bringing a new baby home, Rashid knew he needed to figure out his career plan to ensure him and his son would have a good life. So, he found his way to Heartland and eventually decided to focus on horticulture. Thanks to a partnership, Rashid was able to dual enroll with Illinois State, which set him up for a smooth transfer to get a bachelor’s degree in agriculture. 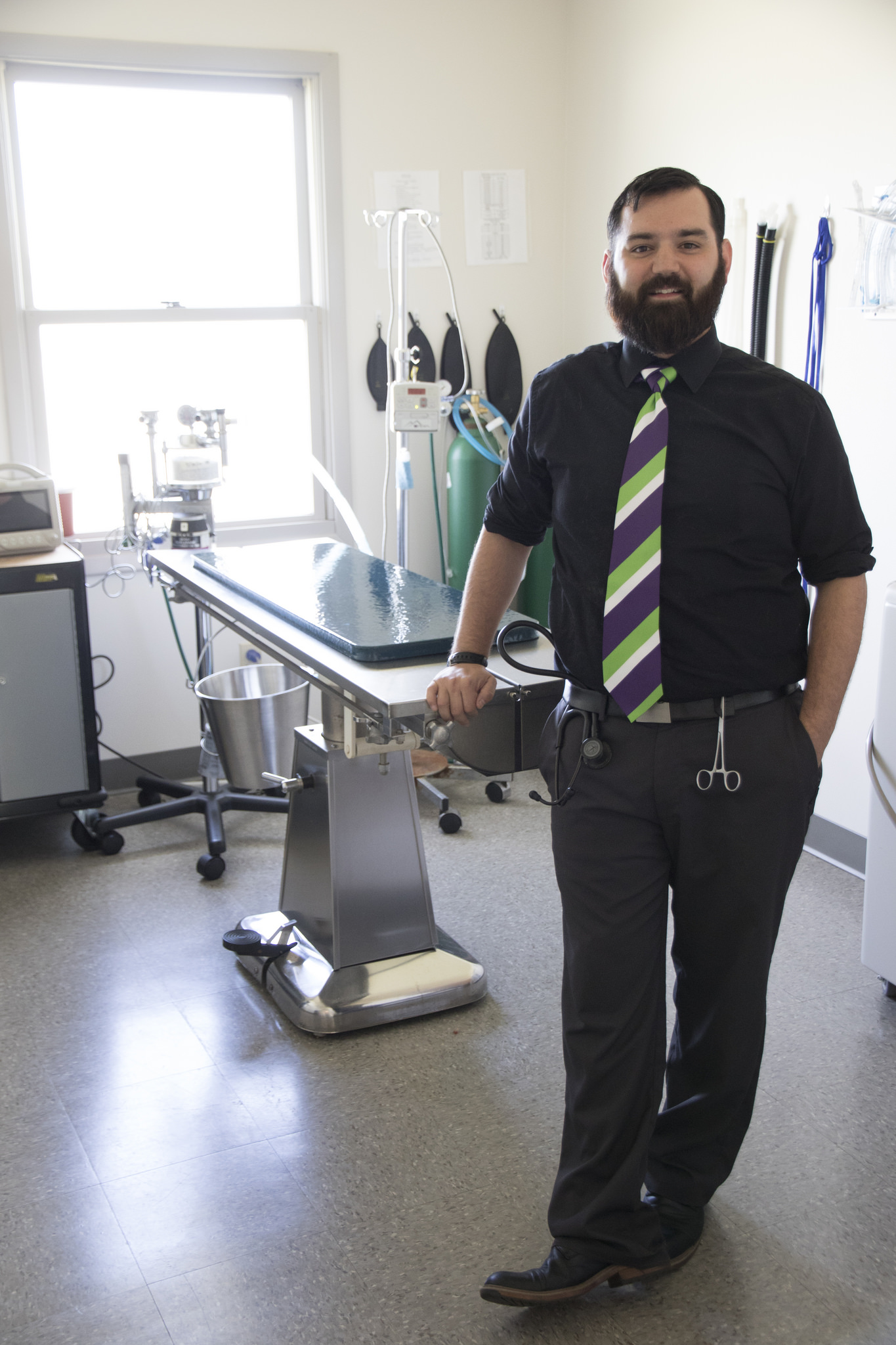 However, his path took a turn the day he was supposed to sign up for classes.

“I had been dog sitting for my aunt and uncle all summer,” explained Rashid. “As I was going to let him out, he ran through my legs, knocked me over and busted through the door. He got hit by a car and didn’t make it.”

It’s certainly not a fond memory, but it’s one that got Rashid to where he is now.

“The whole thing caused me to re-evaluate my plan,” he said.

At the time, ISU had started a pre-veterinary program through the agriculture department. Rashid had always loved animals but didn’t really think about making a career out of it until the dog sitting incident.

The rest, as they say, is history. Rashid finished at ISU and went on to complete schooling at the University of Illinois’ College of Veterinary Medicine. He’s now an associate veterinarian at SmartVet in Normal, where he examines, diagnoses and prescribes medication to all kinds of animals including cats, dogs and exotic pets.

Rashid’s journey wasn’t always clear, but he’s ok with that.

HCC had all the resources to be successful.

“Heartland was a great fit for me. After my baby was born, I needed to figure out how to balance school, work and life in general. Heartland was easy to work with,” he said.

Specifically, Rashid touts HCC’s small class size and affordability in helping him be successful. “I loved the small classes. The professors and staff were always available when I needed them. I was also able to take a bunch of courses in order to figure out what I wanted to do. I wouldn’t have been able to do that at a more expensive school.”

Rashid also made sure to use every resource available. He was a member of Project RISE, utilized the Child Development Lab for his son and spent hours at the library studying and writing papers.

The layout of campus helped, too. “Since I was going to school and working full-time, I didn’t have much extra time to stroll around a large campus. Everything was compact and I never had to go far to get what I needed,” Rashid said.

Returning to school as a non-traditional student while not fully knowing a career destination is not uncommon among Heartland students. For those who find themselves in a similar position, Rashid wants it to be known that “you can make it happen.”

“At the end of the day, Heartland makes sure you’re successful. They’ll help you explore and determine your path.”