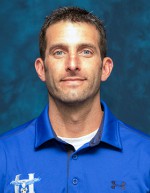 Titzel is in his second year with HCC’s men’s soccer. In the 2017 season, men’s soccer tied for most wins in a season (8) and second most goals scored in Hawks history (39).

“I appreciate all the hard work my coaching staff and players put in to enable the award,” said Titzel. “This team is a quality group so it was nice to have the collective output get noticed by my coaching peers. I appreciate all the support of this athletic department and school, which creates an environment for the team to succeed. I look forward to next season and the continual growth of our program.” 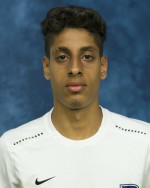 Giron, a Sao Paulo, Brazil native, had a great inaugural season for the Hawks. He finished 6th in MWAC goals scored, 9th in MWAC points and 3rd in MWAC SOG%.