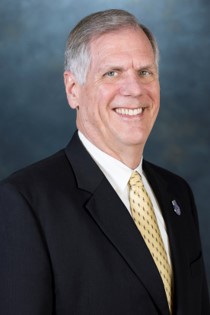 Heartland Community College President Rob Widmer has announced his retirement effective June 30, 2018. Widmer has served as president since 2013, the third in the college’s 26-year history.

"Few people have had as much impact on Heartland Community College and higher education in our district than Rob Widmer,” says board of trustee president Gregg Chadwick. “He has relentlessly and tirelessly worked to secure Heartland's rightful place as a pillar of this community and we wish him the best as he retires from the presidency at Heartland."

In a communication to Heartland employees, Widmer thanked them for their outstanding work and called his time as president a tremendous experience. He will leave having served over 40 years in Illinois higher education with 22 years at Heartland.

During his tenure, Widmer led Heartland through financial challenges resulting from the Illinois budget impasse, presided over a new strategic planning process, and enhanced the college’s reputation as a strong and essential community resource. Widmer is particularly proud of the instrumental role he played throughout his years with the college in developing Heartland’s current campus in Normal.

“His steadfast commitment to the College might only be surpassed by his tremendous work ethic, integrity, and humility,” says Heartland Vice President of Business Services Doug Minter. “The Heartland campus would not be the invaluable resource it is today for students, employees and the community were it not for his vast knowledge of community colleges, skill in financial management, and trusted leadership.”

The Heartland Community College Board of Trustees will convene in special session on September 26 to discuss his retirement and plans for selection of a successor.